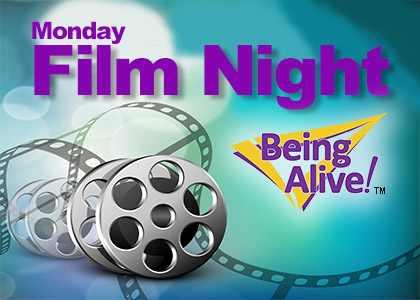 August Schedule
Join us for Being Alive’s film night every Monday @ 7PM!

Aug 3: Leather (2013) – When gay urbanite Andrew hears his estranged father, Walter, has died, he travels to the remote cabin where Walter lived his final days. Upon arrival, Andrew is shocked to find his own childhood friend has spent years being mentored by Walter.

Aug 10: The Adonis Factor (2010) – If the body beautiful takes pride of place in gay culture, Christopher Hines’ searching documentary reveals that while the pursuit is pervasive, notions of pure perfection run the gamut of human desire. Surveying both the cultural big picture and local scenes across California and Georgia, Hines encounters bears and twinks, muscle boys and average Joes, and his subjects speak openly about their embrace — or rejection — of the flawless physique.

Aug 17: Red Without Blue (2007) – This provocative and insightful film documents three years in the lives of identical twins Mark and Alex Farley as they come to terms not only with their homosexuality, but also with Alex’s decision to transition from male to female. Haunted by a troubled past—including divorced parents, discrimination and a joint suicide attempt—the brothers struggle to affirm their identity and learn what it means to be a family outside of traditional norms.

Aug 24: Trembling Before G-d (2001) -Two hot-button issues homosexuality and religion — are thrust together in this revealing documentary by Sandi Simcha Dubowski. Gay and lesbian Jews who have been cast off by their families and by religious figures are interviewed in major metropolitan areas across the globe. Even in societies where homosexuality is gaining acceptance, many of those interviewed still struggle with balancing an intolerant faith with their sexual orientation.

Aug 31: Hard Pill (2005) – When an unhappy homosexual (Jonathan Slavin) hears about a pharmaceutical study of a controversial drug that’s designed to turn gay men straight, he signs up in hopes that it will work. But the result of his sexual experiment turns out to be a bitter pill to swallow. Written and directed by John Baumgartner, this gritty indie drama probes the ethics of medicine and the complexities of human nature.