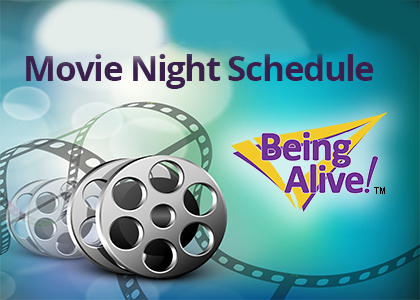 May Schedule
Join us for Being Alive’s movie night every Monday @ 7PM!

May 4: The Men Next Door (2012) – As he reluctantly celebrates his 40th birthday, Doug finds himself falling for two very different but equally lovable men. But what Doug doesn’t know right away is that the two men are, in fact, father and son.

May 11: Behind the Candelabra (2014) – Michael Douglas stars as flamboyant entertainer Liberace in this sequin-studded drama that chronicles the legendary pianist’s roller-coaster relationship with his young lover, Scott Thorson — from their passionate liaison to their stormy battles.

May 18: Saint of 9/11 (2006) – Father Mychal Judge, chaplain to the New York City Fire Department, is best remembered as the faithful Franciscan priest who was killed on 9/11. The beloved friar lived a fulfilling life helping the needy and wasn’t your ordinary man of the cloth: he battled alcoholism and was a privately gay man. Through interviews, archival footage and Sir Ian McKellen’s narration, Glenn Holsten documents this extraordinary man’s life until his untimely death.